A salvage title vehicle is one that has been damaged or deemed a total loss by the insurance company that paid its claim. The insurance company typically then takes possession of the totaled vehicle and auctions it off to salvage yards or rebuilders. Branding the vehicle with the salvage title helps warn future buyers that it has been totaled and isn’t roadworthy. A vehicle is generally issued a salvage title if it has undergone damage that exceeds 50 to 80 percent of the car’s current market value. However, the criteria that determines whether a vehicle is a total loss depends largely on the state, province, or territory. That being said, there are many different reasons why a vehicle might have a salvage title. To learn about some of the most common reasons vehicles are salvaged, continue reading.

The vehicle was damaged in an accident

One of the most common reasons why a vehicle may have a salvage title is because it was damaged in an accident. As previously stated, a vehicle is often totaled by a company when the cost of repair exceeds 50 to 80 percent of the vehicle’s cost value.

For newer vehicle models, a sizable amount of damage must be sustained to incur such steep repair costs. However, not all vehicles that receive a salvage title have been significantly damaged. On older models whose value has depreciated significantly, a fender-bender may cost more to repair than the car is worth, even though there isn’t any significant damage that makes it unfit to drive. 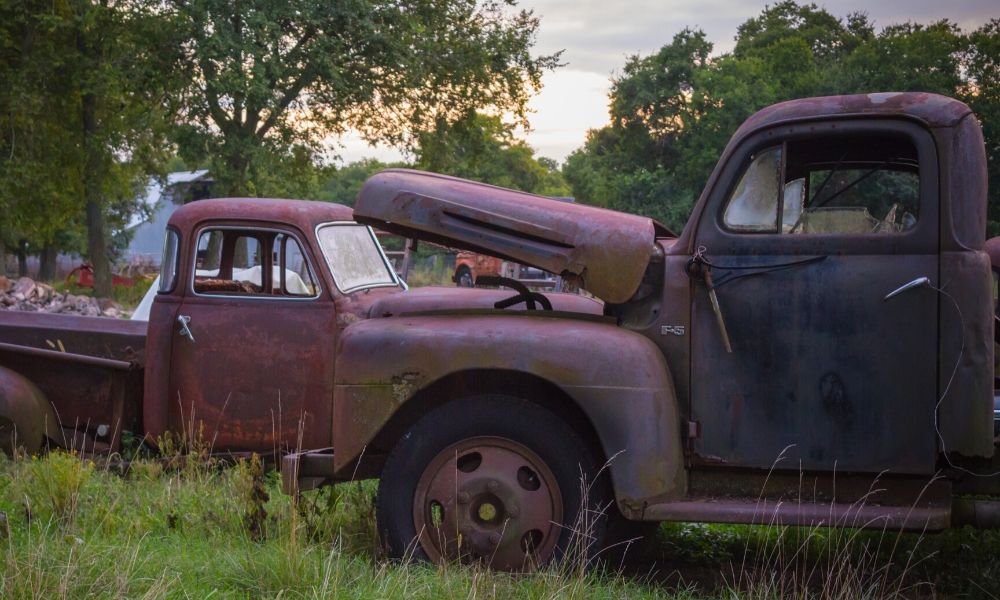 The car was stolen and recovered

In some cases, salvage titles are issued for non-damaged reasons. For example, a vehicle may receive a salvage title if it was stolen and recovered. In the case that a vehicle is stolen, insurance companies will typically file a claim on the vehicle fairly quickly to help their client get back on the road as soon as possible. In other words, they will often write the car off as a total loss.

While a vehicle may be recovered in a mere matter of days or weeks, it can sometimes take several years before the vehicle is found. In either case, the vehicle will likely receive a salvage title once the insurance company has paid the claim on the vehicle regardless of the damage it received when it was stolen or how long it was missing. As such, some perfectly unharmed vehicles may have a salvage title.

If you choose to purchase a vehicle that received a salvage title but doesn’t have any damage, you can often easily get the title changed to a rebuilt one. To do so, all you need to do is have it complete a state inspection that ensures it’s roadworthy.

Another reason why a vehicle may have a salvage title is that one or more of the vehicle’s substantial components—such as its engine, cowling, or floor plan—was replaced with an aftermarket part. While aftermarket modifications can enhance the car’s capabilities, they may also make the vehicle harder to insure or affect its safety.

When a vehicle undergoes significant aftermarket modifications, there is a risk that the critical work was completed poorly by someone without adequate experience. There is also a safety risk associated with vehicles that were modified to go excessively fast or have other performance enhancements. Due to these risks, many insurance companies are hesitant to insure a vehicle with such modifications and you may face higher insurance rates. Knowing these potential drawbacks helps you make a more informed decision if you decide to purchase a vehicle that was salvaged as a result of significant aftermarket modification.

The car sustained weather damage or was in a natural disaster

Another way that vehicles can wind up with a salvage title is due to weather damage. Various forms of severe weather or natural disasters such as floods, hurricanes, earthquakes, tornadoes, or hailstorms can wreak havoc on a vehicle and land it with a salvage title.

In some cases, the damage caused by such natural disasters is very apparent and takes place in the form of a smashed hood or hail-battered body. In other cases, however, the damage may not be so obvious. For example, when vehicles experience water damage from severe storms or flooding, they can sustain substantial internal damage that may be harder to notice.

Because internal water damage isn’t visually apparent, vehicles that sustain water damage as a result of a weather-related incident may receive a specific flood or water-damaged title. However, they may also be given a more general salvage title depending on the state. To avoid purchasing a seemingly undamaged vehicle that has a lot of issues under the hood, it’s important to determine the exact reasoning as to why a vehicle was salvaged before making a purchase.

An insurance company wanted to settle a larger claim

In rare cases, a newer vehicle that is in relatively good condition may be deemed salvaged in an attempt by an insurance company to avoid paying out a larger claim. In instances where significant medical costs or other types of property damage expenses are incurred as a result of an accident, it may be advantageous for the insurance company to agree to total the car to avoid paying out larger claims. If you can find a vehicle that was salvaged as a part of a larger settlement, consider yourself lucky. You may have the opportunity to purchase a quality, newer model with minimal damage at a greatly discounted salvage title price.

AE of Miami is a leading seller and exporter of salvage title and repairable vehicles from auction, repossession, and insurance vehicle theft recovery. Our extensive stock of salvage automobiles includes trucks, cars, motorcycles, commercial vehicles, and salvage SUVs for sale. To make sure you know exactly what you’re purchasing, we ensure full transparency by clearly stating the exact damage type and condition of each listed vehicle. While we are located in Miami, Florida, our vehicles can be shipped to all major U.S.-based ports. To purchase a salvage vehicle at a great price, shop AE of Miami today.